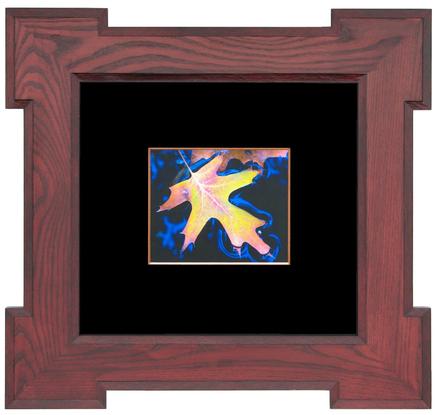 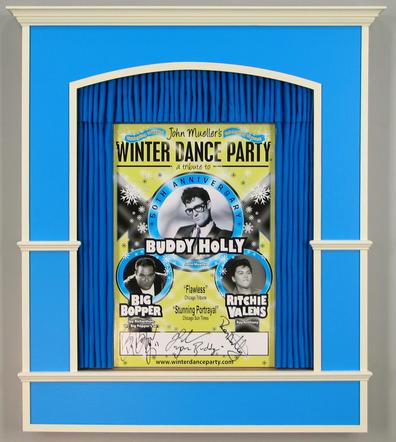 Known as "The Day The Music Died", February 3, 1959 was a tragic day.  In a time when even the top performers in the music industry traveled the country in old buses, Buddy Holly decided to rent a small plane to avoid a freezing 10 hour trip in a bus without a working heater. He had room for 2 others and took Ritchie Valens and J.P. "The Big Bopper" Richardson. Shortly after takeoff the plane went down in a cornfield killing everyone aboard.

Over the years Holly has been a major influence on later generations of musicians. Philip Norman writes, "Holly is the progenitor of virtually every world-class talent to emerge in the Sixties and Seventies. The Beatles, the Rolling Stones, Bob Dylan, the Byrds, Eric Clapton, Pete Townshend and Bruce Springsteen all freely admit they began to play only after Buddy taught them how." When he died he was just 22 years old but he is still recognized as "the father of rock-and-roll".

This example was our first International competition entry. It won second place overall in the 2012 PPFA International Framing Competition in Las Vegas, and had the highest score for all American entries. Competitors were all required to frame the same picture, a dynamic photo of a leaf floating in water that reflected the blue sky.

The frame is built from white ash lumber. It was colored with a merlot stain, and the finish was applied after joining for a closed corner appearance. The art was so vibrant that, instead of using mats, a black acrylic panel with a bronze inner bevel surrounds the picture. Museum glass protects the image but does not cover the black panel to preserve the 3-dimensional effect of the presentation.

This is an example of a completely custom framing project that is built from scratch. We are one of the few framing shops in the country that can do this type of work.

musicians who died on that fateful night as much as  John Mueller and his Winter Dance Party. Not only does Mueller look and sound like Buddy Holly but he teamed up with J.P. Richardson's son,  born after the plane crash, to do his dad's songs. Unfortunately, Big Bopper Junior died of a heart attack in 2013, but his spot has been perfectly refilled too. Even the concert poster faithfully recreates the original using images of the current performers.

A poster signed by John Mueller, Big Bopper Jr. , and Ray Anthony, who does the spot-on Ritchie Valens performance, is a great piece of music memorabilia. And it could be housed in a standard poster frame. But, framed uniquely it becomes the focal point of a piece of music art. This completely scratch built frame mimics a theater stage with classic 1950's design cues, complete with fabric curtains and a real wood stage floor. While a project like this would obviously cost more than a display made from standard framing materials, it is so unique that it is bound to catch everyone's attention. So if you want something different, imagination may be the only limit. 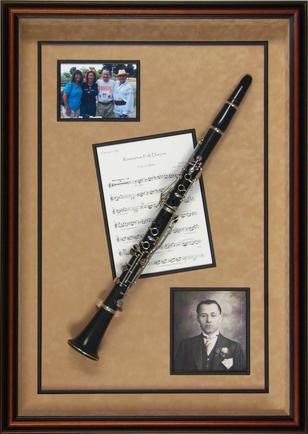 Nearly a century ago a young man emigrated from Romania to the United States. He came with only the things he could carry in his arms. The most precious belonging he brought was his prized clarinet.

He played it the rest of his life. Eventually it was passed down in his family. It came into our shop wrapped only in a dish towel. Now old and worn, with some broken pieces, it still serves as a reminder of one man's journey through life and his bond with family members. So now, instead of being stored in a drawer wrapped in an old piece of cloth, it is ready to go on display. We hope when people look at it now they remember the sweet notes it once produced for that young Romanian clarinet player.