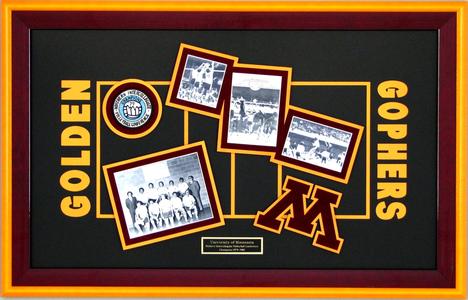 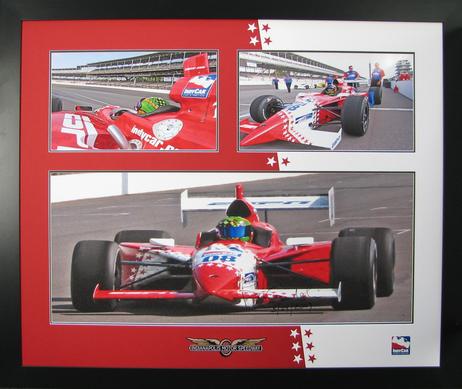 In the late 1970s and early 1980s, players like Gary Volbert, Bob Bowman and Roger Hinkley were feared by Golden Gopher volleyball opponents. Underfunded as a club team at the University of Minnesota, the men's volleyball team was still highly competitive against Big Ten varsity programs and they dominated competition in the Northern Intercollegiate Volleyball Conference. The team won consecutive conference championships in 1979 and 1980, and they finished second at the 1980 Can-American Championships against teams invited  from throughout Canada and the United States.

If you are a golfer, you know how special it is to get a hole-in-one. There are plenty of experienced golfers who never get one. If you do get one, then what? You can certainly put the ball in one of those little plastic boxes and put it on your desk. But most of the time it ends up getting pushed out of the way and eventually finds it's way into a drawer. Or, you can make it part of your room or office décor. We recommend hanging on to your score card and ask the golf course manager if you can have the flag from the hole. You would be surprised how accommodating the course management can be when they know someone will be showing off their flag. If you were lucky enough to take a picture of you retrieving the ball, that looks great in a shadowbox also. But bring us what you have and we can help you put together an arrangement you'll love to have on display. 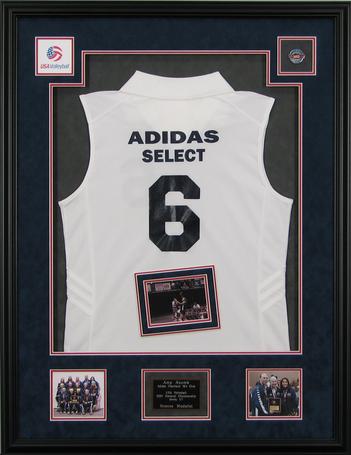 Athletes compete in jerseys. Game worn jerseys are collected by individuals and museums. Fans wear replica jerseys to identify with their favorite team or player. Sometimes jerseys are autographed by admired sports heroes. Some are even purchased just for use in decorating recreation rooms and sports bars. A jersey might be framed for any number of reasons.

This example is a volleyball jersey worn by a player in their quest for a junior national championship. Alone it just looks like a shirt with a number on it. But when accompanied by an event pin, action shot, and images of teammates, coaches, and the team’s bronze medal trophy, it takes on special meaning. It represents treasured memories and valuable lessons learned throughout a long season of practices, sacrifices, bumps and bruises, successes and setbacks, and the value of a team that can work together. 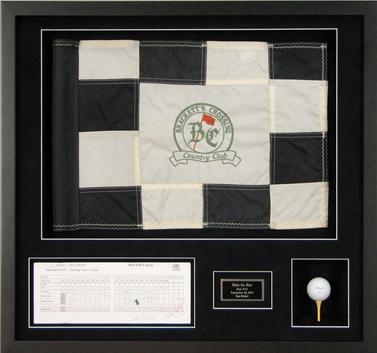 A tribute piece to this team involved more than just putting a couple of pictures in a frame. The team photo, action shots, and Conference Champion patch are matted with team colors and floated above a home volleyball court created with mosaic mats. The contemporary style, high-gloss frame is created by stacking Minnesota color frame moulding with museum glass between the two layers.   The result is a unique, eye catching display - not a piece of framed art, but a piece of art in it's own right.

Lakeville resident Dave Grabski traveled around the Indianapolis Motor Speedway in excess of 197 MPH. Dave's collection of photos, captured by photographer Ernie Vater, not only documents his achievement but showcases the large format printing skills of his custom printing business In Motion Graphics . Something special was needed to accentuate these very large photographs.

The mat design emulates the reverse star pattern that dominates the race car and was created by seaming two oversized conservation mats. Each star was done as a mosaic inlay to retain the flush appearance of the car's paint scheme. A dark gray enhancement mat steps down to the photos and adds depth. Incorporation of Indianapolis Motor Speedway and Indy Racing emblems provided by Dave add to the uniqueness of this project. Finally, a black flat-profile frame reinforces the colors and carries the racing theme to the finish line. Finished size - a whopping 66"x52"!