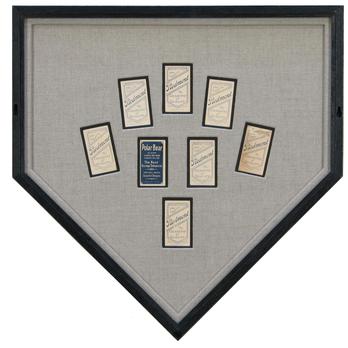 For the fan with an interest in current sports, and hockey in particular, here's a project that not only includes a wonderful piece of hockey memorabilia, it documents its authenticity through pictures of the athlete with the new owner of the jersey. Much better than a "certificate of authenticity" which may or may not be real, these pictures actually show the jersey being signed right in front of the owner.

We really like this style of framing. The mat creates a window through which the jersey can be viewed and it has separate openings for the photos that are included. We hope you Minnesota Wild fans enjoy this one.

Some people collect baseball cards because it takes them back to their youth. But when the cards are 105 years old they've certainly outlived anyone who would remember pulling them from their original package. These 8 cards represent every player on the Minneapolis Millers team included in a set of cards produced by the American Tobacco Trust known as "The Monster" and commonly called  "T206" for it's category code. They are collected because of their ties to the early days of modern baseball, artistic appeal, examples of early lithograph technique, and historic examples of late 19th and early 20th century advertising strategy. This particular card set is also famous for including the most famous and valuable of all baseball cards, "THE Honus Wagner card". Among the Minneapolis players is Jimmy Collins, a member of the Baseball Hall of Fame, and Gavvy Cravath, holder of the modern era home run records eventually eclipsed by Babe Ruth.

This framing design allows both sides of the cards to be viewed and enjoyed. The frame is the same size as an actual home plate. The mat and liner are hand wrapped with fabric matching the uniforms worn by players during the era when these cards were produced. The Gothic "M" matches the one on the players' sweaters. An infield is embossed in the field on which the player cards reside. Close inspection of the lower picture shows that even the felt wall bumper is the shape of home plate. Another detail is the removable wire which mounts into keyhole slots for wall hanging but detaches in order to study the back of the display. 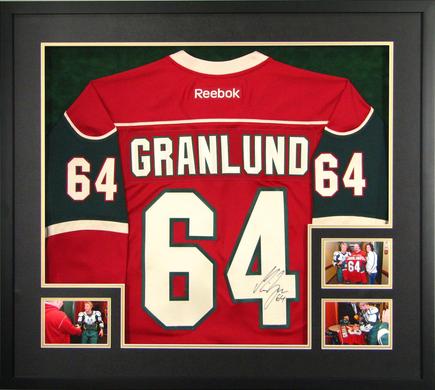 In 1973 crates arrived by ship in the port of Baltimore containing 300 new East German manufactured MZ motorcycles fitted with British made Lucas electrical systems. They were part of a plan to break into the expanding American motorcycle market, capitalizing on MZ's racing success, and in particular its reputation in winning the International Six Day World Trophy 6 times in a 7 year span between 1963 to 1969.

Unfortunately, the bikes had not been certified as street legal in the US before their arrival, and the process took 2 years to complete. By that time the "new" motorcycles were 3 years old and their performance was not up to the standards of Japanese competitors. Sold off in lots, 100 of these bikes were purchased by a Harley dealer in Blaine, MN where they were sold fully assembled for $300. Heavy, slow, and finicky these machines were more a curiosity than a form of reliable transportation. Yet there was a certain charm to their uniqueness.  And perhaps the most fascinating feature of all was the gas cap - which documented each of the company's world championships. 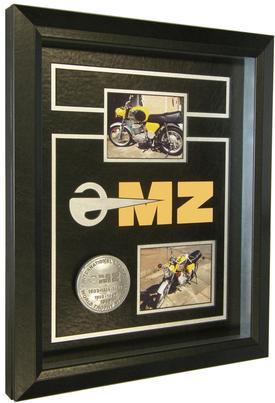 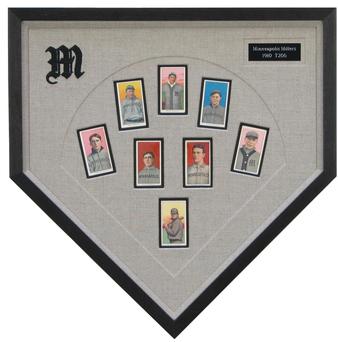 One owner sold his bike after just one riding season, tired of fouledspark plugs and the bike's refusal to start whenever it rained. But one part from that bike still remains - the symbolic gas cap. This keepsake could languish in a drawer or box, but what enjoyment would there be in that? But displayed in a leather frame (what could be more reminiscent of a motorcycle than black leather?) with pictures of the bike and the iconic MZ logo, a pleasant memory becomes a meaningful objet d'art.